If you want to make homemade clotted cream, this is for you! I’ve made it many, many times now, and in this article I share all the details about what works and what doesn’t. If you want to get right to the recipe, scroll all the way down. If you want to read answers to some frequently asked questions and about my clotted cream experiments, keep reading!

Whenever I visit the UK or Ireland I always eat at least one currant scone with clotted cream. Ok, one a day. Ok, sometimes two. Hey, don’t judge me until you’ve tried one -then you’ll understand and will also be on the scone and clotted cream diet!

I was so excited to realize that I can make British-style clotted cream at home to eat on my favorite fresh-from-the-oven currant scones. It’s so easy. If you can pour cream into a dish, you can make homemade clotted cream! The hardest part of the recipe? Waiting the 24 hours you need to bake, and then chill, the delicious cream before devouring it.

Read on, my friend, and I’ll tell you all about it. 🙂 If you’d rather skip reading about my clotted cream experiments and get right to the recipe, just scroll all the way down.

What is Clotted Cream?

Don’t be put off by the name! Clotted cream, sometimes also called Devonshire or Cornish cream, is a thick cream that often accompanies scones in the UK. The slow heating and cooling process allows the cream to separate and for the “clots” to rise to the surface. Made from cow’s milk (well, cream) this is not a low fat food. The fat is what makes it so creamy and to-die-for delicious!

The texture and taste of clotted cream can vary, depending on the cream you use and how you cook/bake it, as you’ll see via my experiments below. The taste is unique and not like anything we typically eat in the US. It’s like a cross between butter and unsweetened whipped cream.

You can easily make a batch using my easy clotted cream recipe below. Another option is order a small 1 oz jar of clotted cream to try before making it at home.

What to Do with Clotted Cream?

Here are some other uses for clotted cream. Besides the typical scones and clotted cream pairing, it’s amazing slathered on…

You can also use clotted cream in…

Can I freeze clotted cream?
Yes! Freezing clotted cream is easy, just put it in a freezer safe container. But I seriously doubt you have any left over to freeze.

How many calories are in clotted cream?
Do you really want to know that? It’s made from heavy cream so looking at the calorie count on the heavy cream you choose to use will give an idea.

Can you make slow cooker clotted cream?
Yes! I always make it in the oven but from what I’ve been told, you can use a slow cooker instead.

That said, readers have said that they’ve gotten good results with ultra pasteurized heavy cream! So give it a try if you’d like. If it doesn’t work try it again with non-ultra pasteurized cream.

How to Make Homemade Clotted Cream

I’ve made many batches of clotted cream in a variety of ways in order to see what works the best. What follows are my various experiments so you can see what worked and what didn’t. The “official” recipe at the end of this article is the method I found worked the best. I’ve included some tips below, as well as troubleshooting tips just before the recipe.

A few notes before we get started:

The yellow stuff on top is the clotted cream. I spooned it into a jar and used the milky leftovers in a batch of scones. It’s always a good idea to make clotted cream the day before you want to make scones so you don’t waste any of the leftover cream/whey.

For this first round, I used a pint of heavy cream from Trader Joe’s – just regular old heavy cream. Later I realized that it was ultra-pasteurized, which clotted cream experts advise against using. I found that it worked ok but not great. I much preferred the cream that was made with local organic pasteurized cream (see Round #3).

Round #2: Maybe Foil Would Help?

The second time around, I did everything the same as the first time, except that I covered the dish with foil. I thought that might create a smoother texture. Here’s what the cream looked like after 12 hours in the oven:

This batch wasn’t gritty…but it was soupy.

You can see in the photo above that the texture was quite different from the first round. And the only difference was that this batch was covered in foil!

I liked the taste of this batch, and it was smoother than the first, but it was a little too runny for scones.

Round #3: Starting to Get It Right

The first batch was too gritty, and the second too runny, but the third batch was perfect!

When I realized that I’d been using ultra pasteurized heavy cream I decided to try two pints (4 cups / 890 g / 994 ml)of local, organic, pasteurized heavy cream. I used a larger baking dish and left it uncovered, but the cream was in the oven at the same temperature (180F/82C) for the same amount of time. After 12 hours, the clotted cream looked like this:

The texture was buttery smooth, easy to spread on a scone, and delicious with jam. Success!

The only downside to this batch was that only half of the cream clotted. That part was out of this world, but I was left with a small jar of separated liquid cream. I used it in other baking recipes, so it didn’t go to waste, but I was disappointed that this round didn’t make very much clotted cream.

I’m thinking that one pint of the local, organic, pasteurized cream in an uncovered dish will be perfect. I’ll let you know!

Update: I was right! I made another batch using one pint of organic, pasteurized cream (which I picked up at Whole Foods) in an uncovered dish and it turned out perfectly. I had a little bit of liquid left over, just enough for a batch of scones. Yum!

Round #4: Trying a New Method

I recently heard someone swear by this next method because it results in completely smooth and creamy clotted cream with none of those thick butter-like clumpy bits. I gave it a try and wanted to share it with you!

Here’s what you do:

My clotted cream was definitely smoother and creamier! I loved that there were no chunky bits and it wasn’t gritty or lumpy at all. There was still a fair amount of whey, but that’s to be expected.

A tip: if you make your clotted cream this way, be careful to transfer as little whey as possible when you scoop out the clotted cream. I think I got a little too much in mine and that made it runnier than normal.

That said, it did thicken up after another 12 hours in the fridge. But it didn’t have the same butter-like consistency that I usually get. It still tasted amazing, even if it was more pourable than spreadable. Verdict: if you don’t want to leave your oven on for 12 hours, give this method a try!

Round #5: Let’s Try the Slow Cooker

I recently tried making clotted cream in a slow cooker. I completely forgot to take photos but I wanted to share the results with you! While I like that you can let it cook all day or night while you’re not at home (I don’t like to leave my oven on when I’m not in the house) I didn’t love the final product as much.

The first round cooked on the “low” setting on my crock pot. But that was too high a temperature. The top of clotted cream turned dark and the texture was lumpy yet thin. So, for the next round, I cooked it on “warm” for about 12 hours. That turned out better but I ended up with only a small amount of clotted cream.

Some people swear by using a crock pot to make clotted cream. It worked ok for me set to warm but after this I’ll stick to using the oven.

Round #6: I Found THE ONE – The Best Clotted Cream Method!

Recently I needed to make a batch of clotted cream but I couldn’t make it the way I usually do – 12 hours in a 180F/82C oven – because I wasn’t home most of the day, and I don’t like to leave the oven on when I’m not in my house. So I tried a new method, basically by accident. This batch turned out the best of all of my clotted cream experiments! Here’s what I did:

This batch turned out awesome! It was creamy, white, smooth, and yielded the most clotted cream of any batch I’ve ever made. I’ve since made clotted cream using this method several times and have found success each time!

If your clotted cream didn’t turn out the way you expected, don’t worry. There are several factors that affect how your clotted cream turns out, and it might take a few tries to figure out what works for you. Here are a few troubleshooting tips from my experience:

My clotted cream is gritty or lumpy. Did you bake your clotted cream uncovered? If so, try covering the dish with foil. You can also try using a different kind of cream.

How to Make Homemade Clotted Cream

Click here to get a 6oz jar of English clotted cream.

Click here to get a case of 12 or 24 1 oz individual portions of clotted cream.

And then add a jar of lemon curd….

Click here to add a jar of lemon curd.

Click here to add a jar of strawberry jam.

Disclaimer: The International Desserts Blog is a participant in the Amazon Services LLC Associates Program, an affiliate advertising program designed to provide a means for us to earn fees by linking to Amazon.com and affiliated sites. Thank you for supporting my site and helping me make it the best international desserts and travel resource on the internet!

European DessertsI can make that at home? 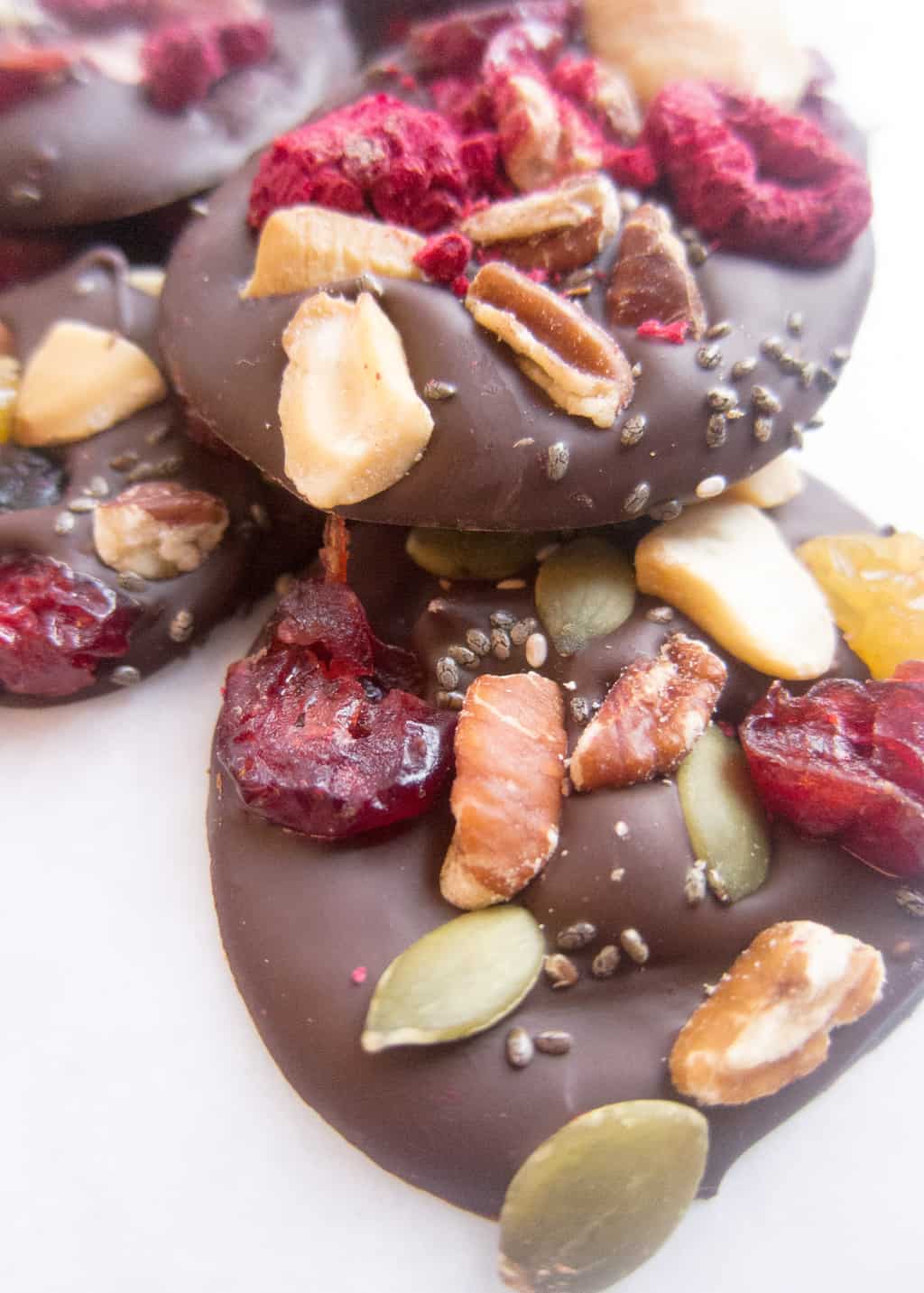 French Chocolate Mendiants Recipe (and 10 Tips for Traveling in Europe) 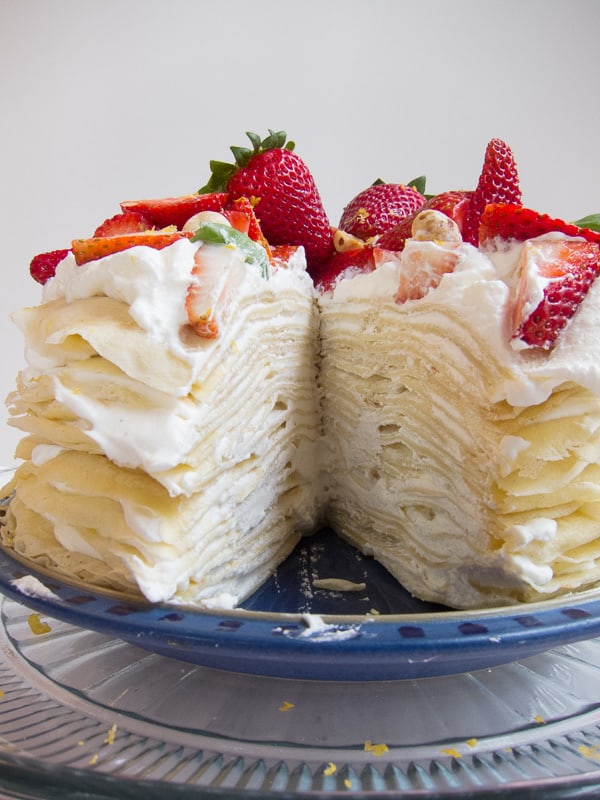 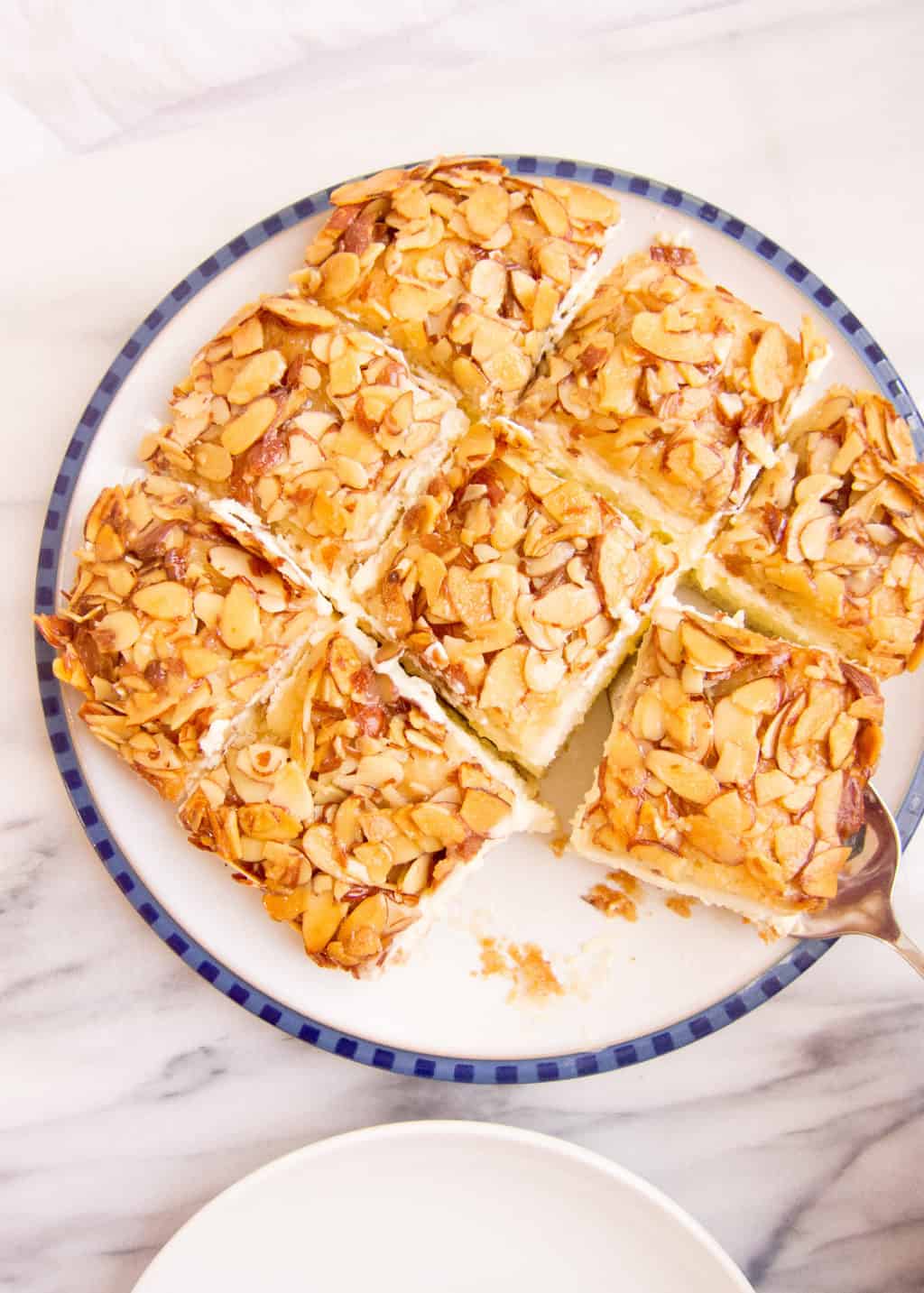 Welcome to the IDB!

I can't wait to start showing you how to make delicious desserts, sweets, and snacks from all over the world.